Canada’s Outstanding Contribution To The World Of Science 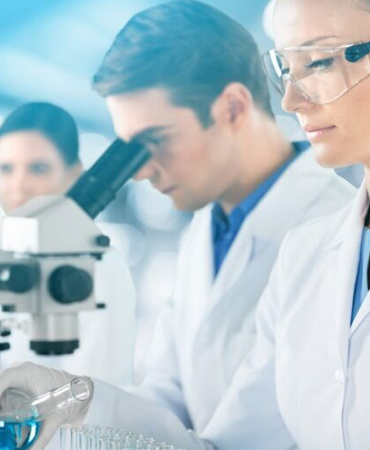 On July 1, our beloved nation Canada is all ready to celebrate its 150th Anniversary. i.e. the Canada Day. With special events taking place all over the country, be the part of such events to remark this day into a memorable experience that is cherished for years to come.

On this great day, Citi College is privileged to commemorate its respect towards the country by highlighting some contributions that Canada has given to the world in the field of science. We always have had great scholars and scientists who have made us proud till the date. Though there are so many feasts that can’t be explained in a single blog post, we have picked up some of them.

One of the greatest discovery that two of our Canadians, Dr. Charles Hebert Best and Dr. Frederick Grant Banting did in 1922 is the discovery of insulin. Insulin is a hormone that regulates glucose from carbohydrates for energy or stores it for future use. It plays an important role in keeping the blood sugar level normal. Dr. Best and Banting were the first to understand this connection, and did the miracle invention that improved the lives of patients around the world suffering from diabetes.

It is one of the greatest achievements in the Canadian history that made its world debut in 1981. Canadarm was the design marvel that placed Canada on the world map in the field of robotics development. It is a remote-controlled mechanical arm with NASA’s Space Shuttle Program that captured, deployed and repaired satellites, maintained equipment, positioned astronauts and moved cargo. Its flawless performance and innovative design set a new era for space engineering in the world.

Alexander Graham Bell, a well-known scientist was a Canadian. The invention he does is now a technology that each one of us uses as a medium of communication, i.e. telephones. He made the first practical phone and made a long distance phone call in 1876. His then made invention “the electrical speech machine” has completely changed the mode of communication forever.

In 1879, Sir Sandford Fleming, a Canadian citizen proposed the theory of time zone that divided the world into 24 time zones. Before he introduced the Standard Time, countries around the world set their clocks based on the position of the sun. After few years of discovery, the world adopted Fleming’s time zones in 1885, soon after the establishment of Greenwich Mean Time (GMT).

There is a lot more to be proud of Canada besides these few inventions and personalities. Be a part of this 150 years celebration. Volunteer, organize and participate in an activity near you.